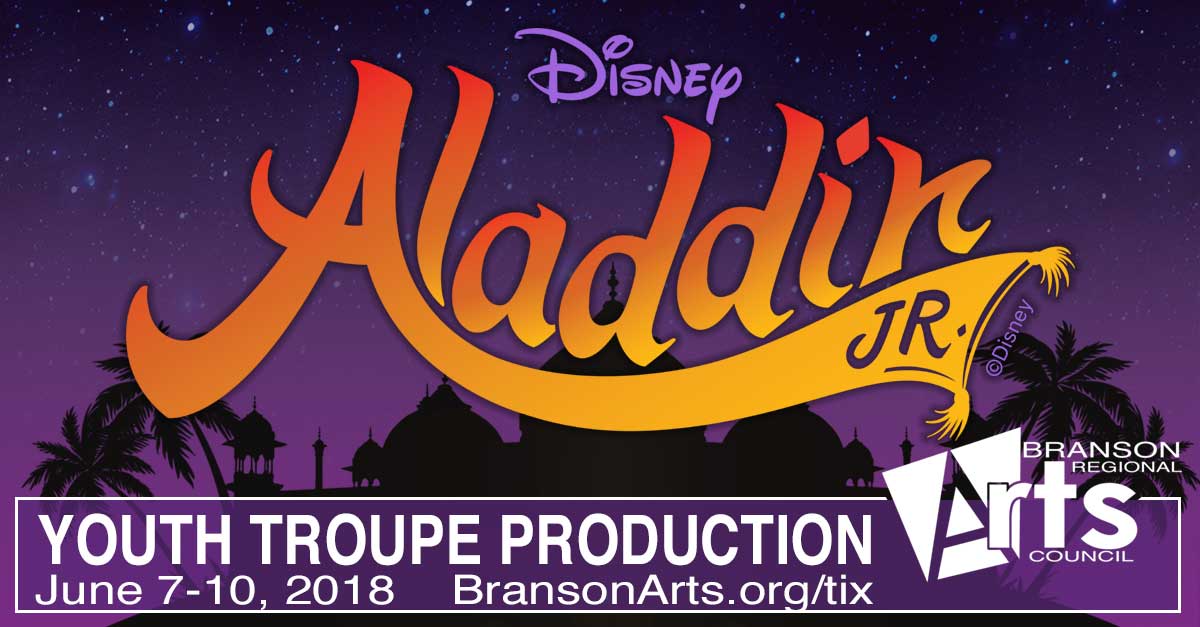 Over 40 talented young actors from across the Branson Tri-Lakes area are discovering “a whole new world” as they prepare to impress area audiences in a fun and exciting musical production of Disney’s Aladdin Jr.

Produced as part of the Branson Regional Arts Council’s Youth Troupe Summer Institute, Aladdin Jr. will be presented in six public performances at the Historic Owen Theatre in Downtown Branson this Thursday through Sunday.

Reserved seating tickets are available online at BransonArts.org/tix, and advance purchases are recommended.

Disney’s Aladdin Jr. is based on the 1992 Academy-Award®-winning film and the 2014 hit Broadway show about the “diamond in the rough” street rat who learns that his true worth lies deep within. Aladdin and his three friends, Babkak, Omar, and Kassim, are down on their luck until Aladdin discovers a magic lamp and the Genie who has the power to grant three wishes. Wanting to earn the respect of the princess, Jasmine, Aladdin embarks on an adventure that will test his will and his moral character.

Songs from the Disney film include “Arabian Nights,” “One Jump Ahead, “Friend Like Me,” “Prince Ali,” and “A Whole New World,” as well as an additional song “Why Me” which was cut from the original Disney film.

Aladdin Jr. is presented through special arrangement with Music Theatre International (MTI). The Walt Disney Company is a licensor of the Aladdin Jr. stage play only and is not a producer of this production. Music is by Alan Menken, with Lyrics by Howard Ashman and Tim Rice. The musical is based on the Screenplay by Ron Clements, John Musker, Ted Elliott and Terry Rossio. 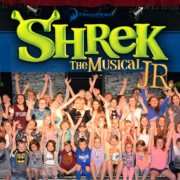 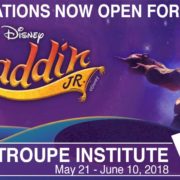 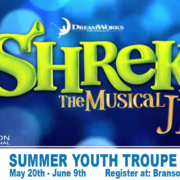