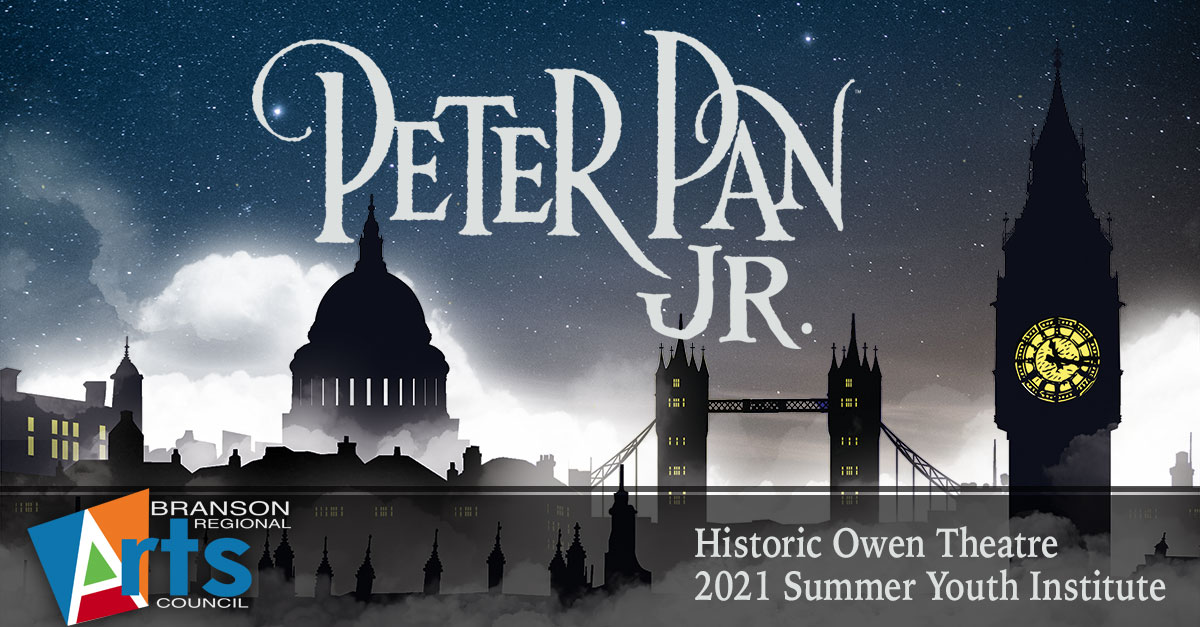 The Branson Regional Arts Council is excited to announce that it is finally presenting it’s BRAC Summer Youth Theatre Institute production of Peter Pan Jr., after being postponed for more than a year due to the pandemic. Fifty-six dedicated cast members between the ages of 6 and 18 are participating in the 2021 Institute and have been rehearsing since June 28th with the BRAC educational staff of directors, choreographers and instructors. The large group of actors has been divided into two casts, and will present a total of six performances at the Historic Owen Theatre from Thursday, July 15th through Sunday the 18th. Reserved seats are on sale now at BransonArts.org/tix or by calling the box office at 417-336-4255.

Based on J.M. Barrie’s classic tale and featuring an unforgettable score by Morris “Moose” Charlap and Jule Styne with lyrics by Carolyn Leigh and Betty Comden and Adolph Green, Peter Pan is one of the most beloved and frequently performed family favorites of all time. This high-flying Tony Award-winning musical has been performed around the world and delighted audiences for 60 years and is now adapted for young performers in this Branson Regional Arts Council production at the Historic Owen Theatre. 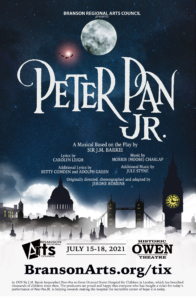 In the story, Peter and his mischievous fairy sidekick, Tinkerbell, visit the nursery of the Darling children late one night and, with a sprinkle of pixie dust, begin a magical journey across the stars that none of them will ever forget. In the adventure of a lifetime, the travelers come face to face with a ticking crocodile, the fierce Brave Girls, a band of bungling pirates and, of course, the villainous Captain Hook.

Featuring the iconic songs, “I’m Flying,” “I’ve Gotta Crow,” “I Won’t Grow Up” and “Never Never Land,” and a rousing book full of magic, warmth and adventure, Peter Pan JR. is the perfect show for the child in all of us… who dreamed of soaring high and never growing up.

Audition Announcement For The Dolly Parton Musical 9 To 5