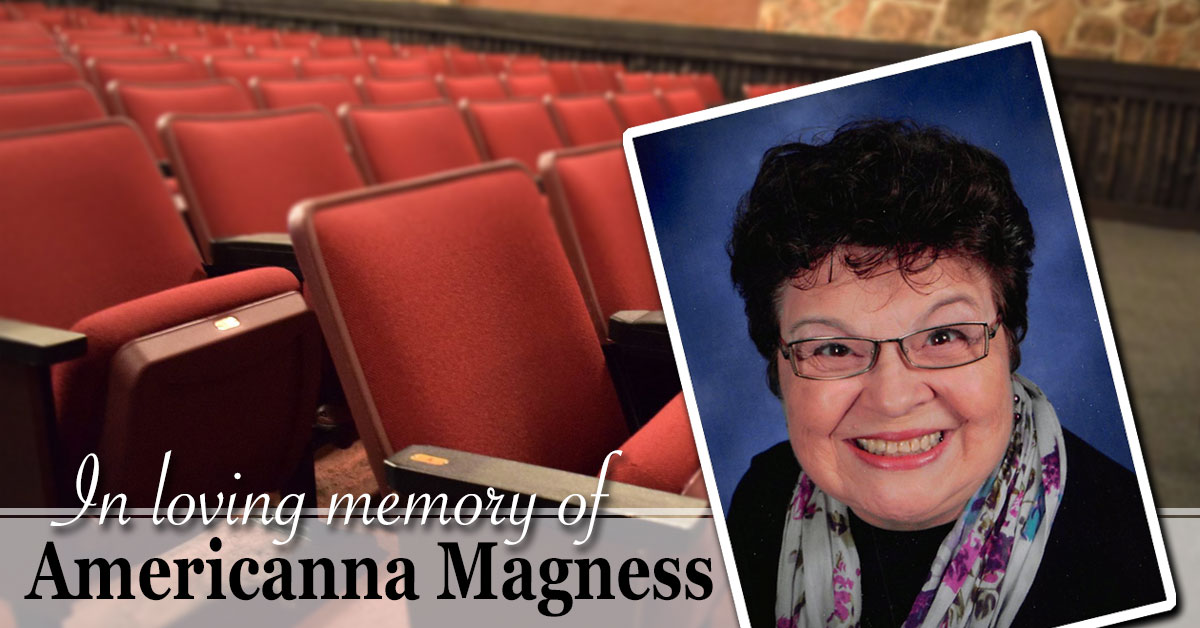 Americanna Magness was a beloved Champion of the Arts in the Ozarks. On April 2, 2020, Americanna quietly passed from this life leaving behind a legacy of hard work and dedication to several area organizations including the Branson Regional Arts Council. 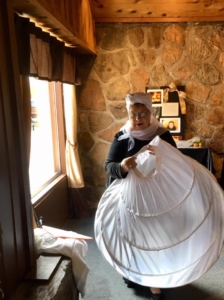 Americanna prepares her costume for the Gone With The Wind Gala.

In honor of her upcoming heavenly birthday on May 27th, the BRAC Board of Directors is pleased to honor Americanna’s legacy by dedicating a seat engraved with her name at the Historic Owen Theatre in downtown Branson.

NOTE: This is not a live event, but an opportunity to donate to a special memorial in Americanna’s memory.

Seat K-5 was where Americanna chose to sit during a “Gone With The Wind” film and gala fundraising event that she helped to create in September 2018 to benefit both the Branson Regional Arts Council and the Taneyhills Community Library.

Tax deductible contributions of any amount towards the dedication of this seat in Americanna’s memory, may be mailed to: BRAC, P.O. Box 2004, Branson, MO 65615 (indicate Americanna on the check). Donations may also be made online via a special PayPal link (all major credit cards accepted).

DONATE TO THE MEMORIAL SEAT

CONTRIBUTORS TO THE AMERICANNA MAGNESS MEMORIAL (to date):

In retirement, Americanna served on various boards for the Taneyhills Community Library; Deacon for the First Presbyterian Church; Board of Directors for the Branson Arts Council and received Art Citizen of the Year (2006); Coordinator of Old Stone Church Concerts; officer of PEO Chapter IB; and helped found the Branson Chamber singers, known today as the Branson Chorale.

Americanna’s loving and selfless spirit will be deeply missed by all.