Blog - Latest News
You are here: Home1 / Adult Programs2 / 9 to 5 The Musical Postponed Until September 30th 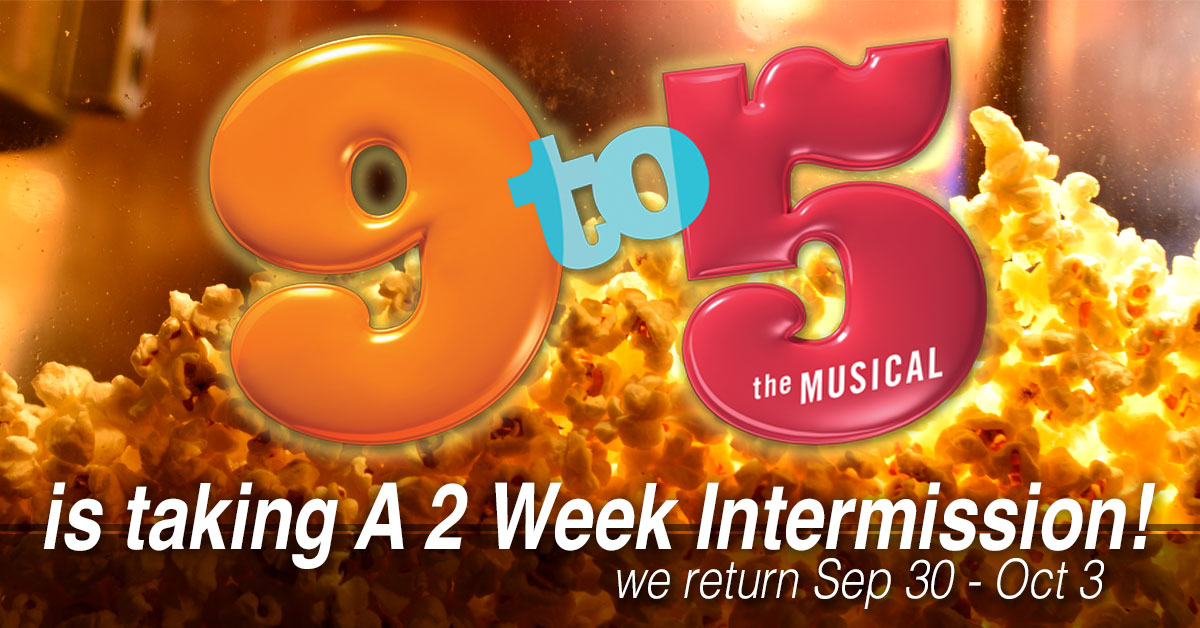 The Branson Regional Arts Council announced today that the final four performances of 9 to 5 The Musical are postponed for two weeks due to illness amongst some of the cast members. The final performance dates are now slated for Sept 30 – Oct 2 at 7pm, and Oct 3 at 2pm at the Historic Owen Theatre in Downtown Branson.

All pre-ticketed patrons who were planning to attend the performances at the Historic Owen Theatre this weekend will be contacted by theatre staff as soon as possible and were emailed the following statement today:

“Yesterday a couple of our cast members of 9 to 5 The Musical tested positive for covid-19. Out of precaution for our patrons, cast and staff we are postponing the final four performances by two weeks to allow plenty of time for quarantine by anyone who may have been affected.

We apologize for this inconvenience and appreciate your support as we do what is necessary and right for the health and safety of everyone. We expect the cast members will fully recoup and be ready to safely return to the stage after a two-week delay. If anything changes in that regard, however, we will contact you just as soon as possible with updates.”

Reserved seat tickets are on sale now at BransonArts.org/tix or by calling the box office at 417-336-4255.

9 to 5 The Musical, with music and lyrics by Dolly Parton and book by Patricia Resnick, is based on the seminal 1980 hit movie. 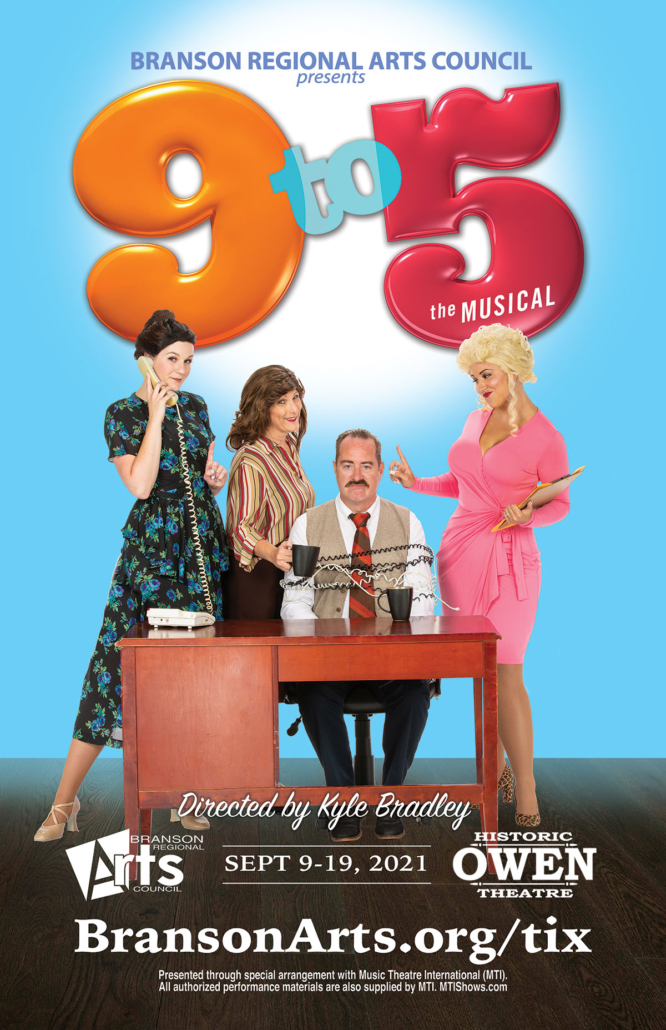 Set in the late 1970s. This hilarious story of friendship and revenge in the Rolodex era is outrageous, thought-provoking and even a little romantic. Pushed to the boiling point, three female coworkers concoct a plan to get even with the sexist, egotistical, lying, hypocritical bigot they call their boss.

In a hilarious turn of events, Violet, Judy and Doralee live out their wildest fantasy – giving their boss the boot! While Hart remains “otherwise engaged,” the women give their workplace a dream makeover, taking control of the company that had always kept them down. Hey, a girl can scheme, can’t she?

This high-energy show is not only a blast for those on the stage, but also for everyone in the audience! With its jubilant score and easily relatable characters, 9 to 5 is the perfect show to bring to our community this September.