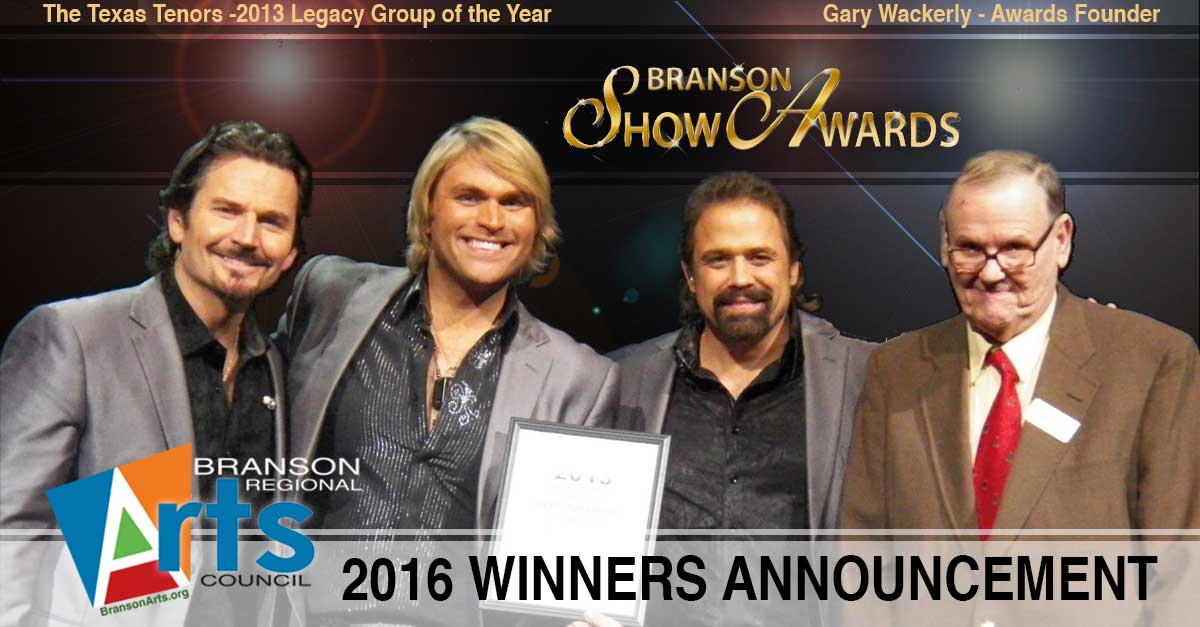 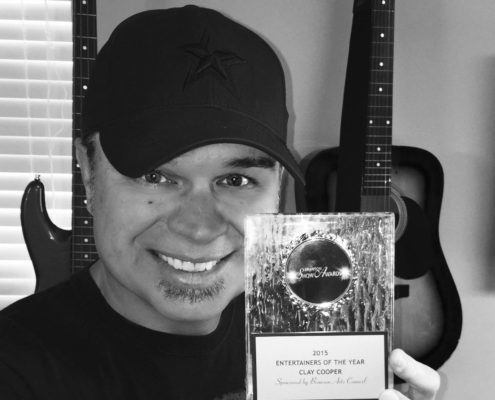 The Branson Show Awards have been honoring outstanding entertainers in Branson since 2008. Created by founder Gary R. Wackerly, the annual nominees are carefully reviewed by a non-biased Award Committee who personally attend every show before announcing the nominations and selected winners.

The committee accepts no direct advertising from any theaters or shows, and does not benefit financially from anyone in the entertainment industry.

Awards are typically announced in the Fall of each year, however, health issues have forced Mr. Wackerly and the BSA Committee to postpone the presentation the past two seasons.

Last year, the Show Awards received assistance from the Branson Regional Arts Council who arranged sponsorship for the award trophies and a dinner presentation ceremony held at the Uptown Cafe.

Executive Director of the Branson Regional Arts Council, Jim Barber, is pleased to announce that the Arts Council is stepping up again this year to help put the event back on track by sponsoring the 2016 and upcoming 2017 Branson Show Awards. 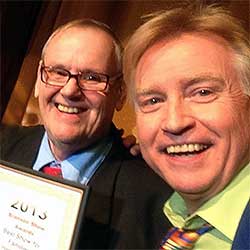 As a recipient of a few Branson Show Awards myself, I am very aware of Mr. Wackerly’s love for our area entertainers.

His volunteer efforts, and those of his committee, have helped our show industry for many years by providing legitimate marketing tools that entertainers and theatre shows have used to differentiate themselves to the millions of visitors traveling to the Ozarks for entertainment.

These award titles are very helpful to many of the recipients who proudly share and promote the recognition, so it’s vital that we help the awards stay on schedule. – Jim Barber, BRAC Executive Director

And now, the 2016 Branson Show Awards Winners are…

Trophies for these 2016 Branson Show Award winners will be delivered in a few weeks, and a special 2017 awards dinner event is currently being planned for later this year. More information on the Branson Show Awards can be found at BransonShowAwards.com.

Support Arts in the Ozarks! Be a member of the Branson Regional Arts Council… JOIN HERE NOW!