Blog - Latest News
You are here: Home1 / Arts News2 / Announcing The Talented Cast Of Something Rotten! 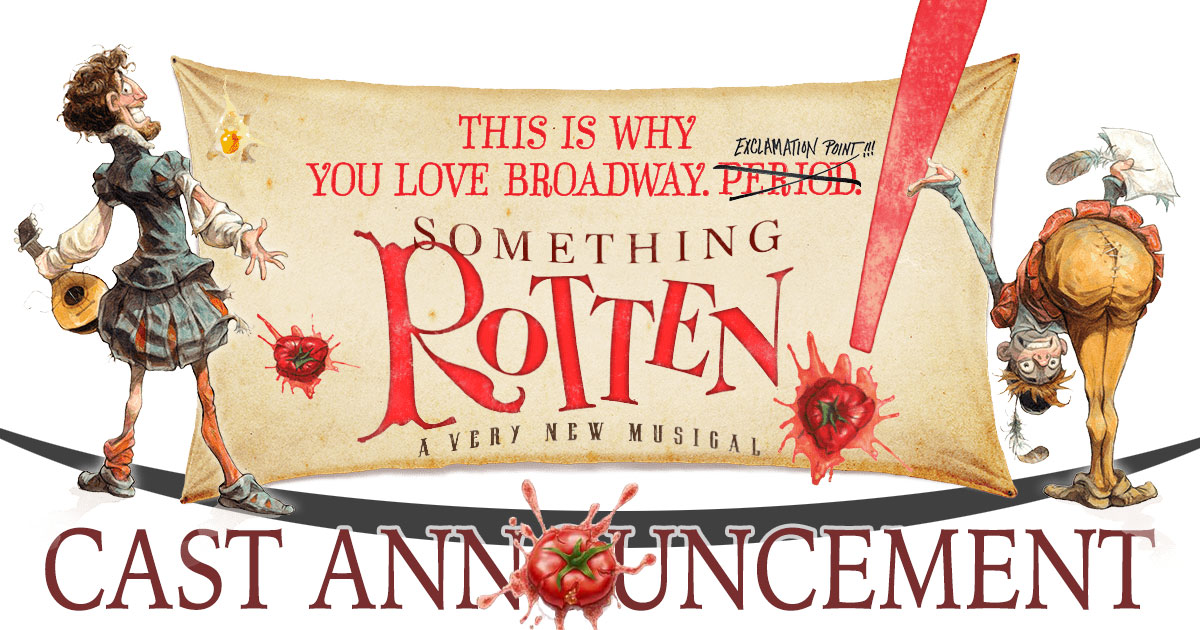 The Branson Regional Arts Council is proud to announce the cast of our upcoming summer musical at the Historic Owen Theatre in downtown Branson… Something Rotten!, directed by Jacob Estes. 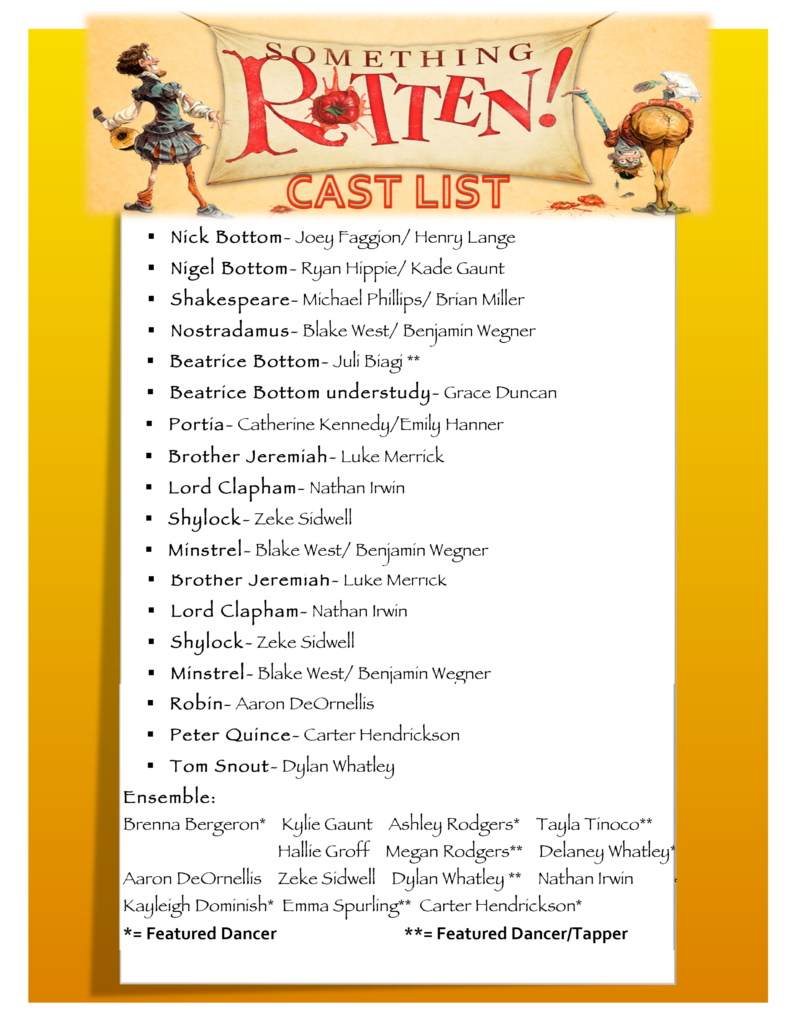 Producers Karie Dykeman and Kim Hale are excited to once again be working with Jacob and the talented production team for this outrageous crowd-pleasing musical. Caitlin Secrest is the Music Director and Kristen Dasto is the Choreographer.

Show Synopsis:
Set in the 1590s, brothers Nick and Nigel Bottom are desperate to write a hit play but are stuck in the shadow of that Renaissance rock star known as “The Bard.” When a local soothsayer foretells that the future of theatre involves singing, dancing and acting at the same time, Nick and Nigel set out to write the world’s very first musical. But amidst the scandalous excitement of opening night, the Bottom Brothers realize that reaching the top means being true to thine own self, and all that jazz. Something Rotten features large song and dance numbers, and a wacky cast of over-the-top characters, each given his or her own special moment in the show to shine. It’s become clear that “nothing’s as amazing as a musical,” so don’t miss your chance to be a part of this history-twisting tale on the BRAC stage!

Advance reserve tickets for Something Rotten! are on sale at BransonArts.org/tix or by calling the box office at 417-336-4255.