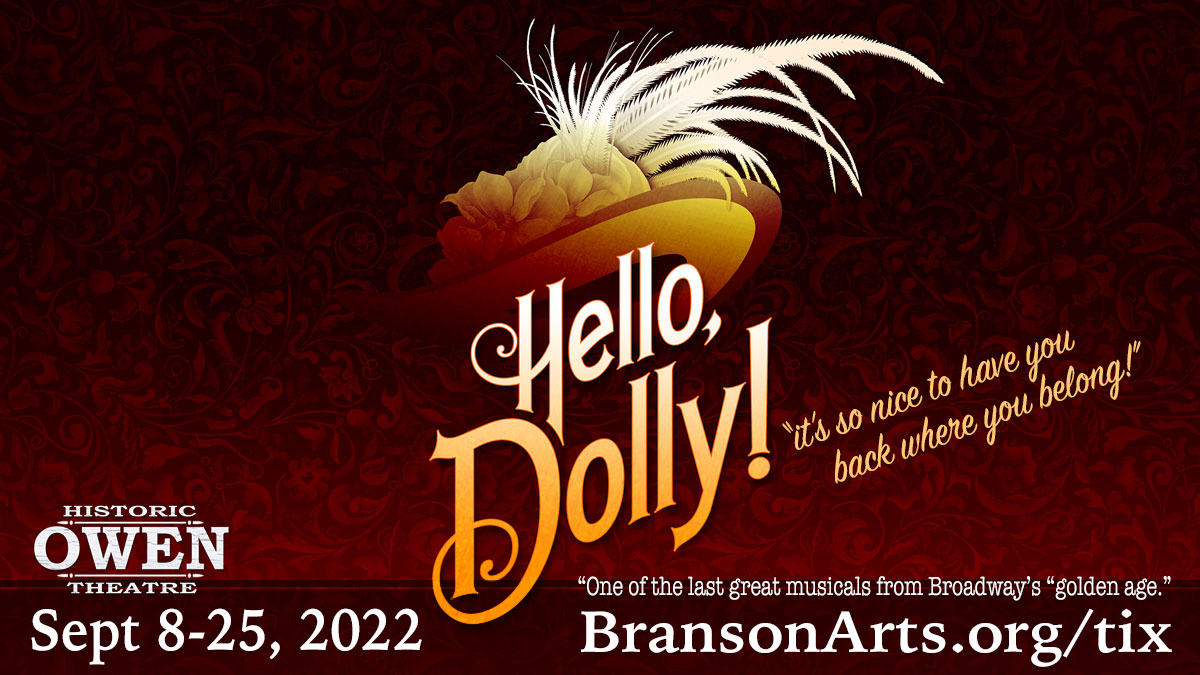 Seating is limited and advance reserved tickets are suggested at BransonArts.org/tix or by calling the Historic Owen Theatre box office at 417-336-4255. Admission for everyone is locally priced at $17 (Adults 18+), $14 (Youth 4-17). The production is Rated G | All audiences.

This musical adaptation of Thornton Wilder’s hit play The Matchmaker bursts with humor, romance, energetic dance and some of the greatest songs in musical theatre history. The romantic and comic exploits of Dolly Gallagher-Levi, turn-of-the-century matchmaker and “woman who arranges things,” are certain to thrill and entertain audiences again and again.

“Hello, Dolly! is one of the last great musicals from Broadway’s “golden age!”
– The Austin Chronicle 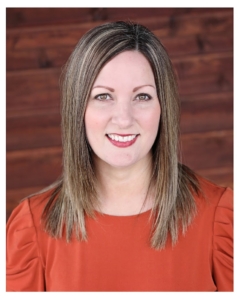 The show has become one of the most enduring musical theater hits of all time, with four Broadway revivals and international success. It was also made into the 1969 film Hello Dolly! by 20th Century Fox, which won three Academy Awards, including Best Score of a Musical Picture and was nominated in four other categories, including Best Picture at the 42nd Academy Awards.

Sarah is returning to the Historic Owen Theatre stage after appearing in several previous BRAC productions including Annie, Beauty and The Beast, A Christmas Carol, 9 to 5 The Musical, and The Little Mermaid. 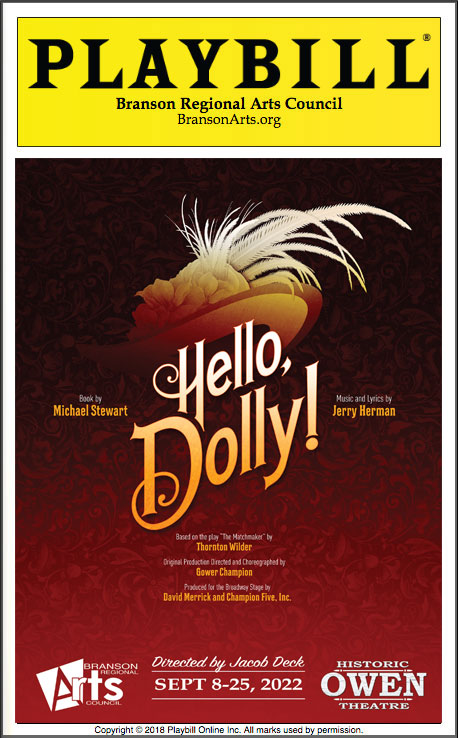 Cast members of Hello, Dolly! include:

Hello, Dolly! is one of the most award winning musicals in History!

Reserve your best seat tickets now at BransonArts.com/tix or by calling the Historic Owen Theatre box office at 417-336-4255.