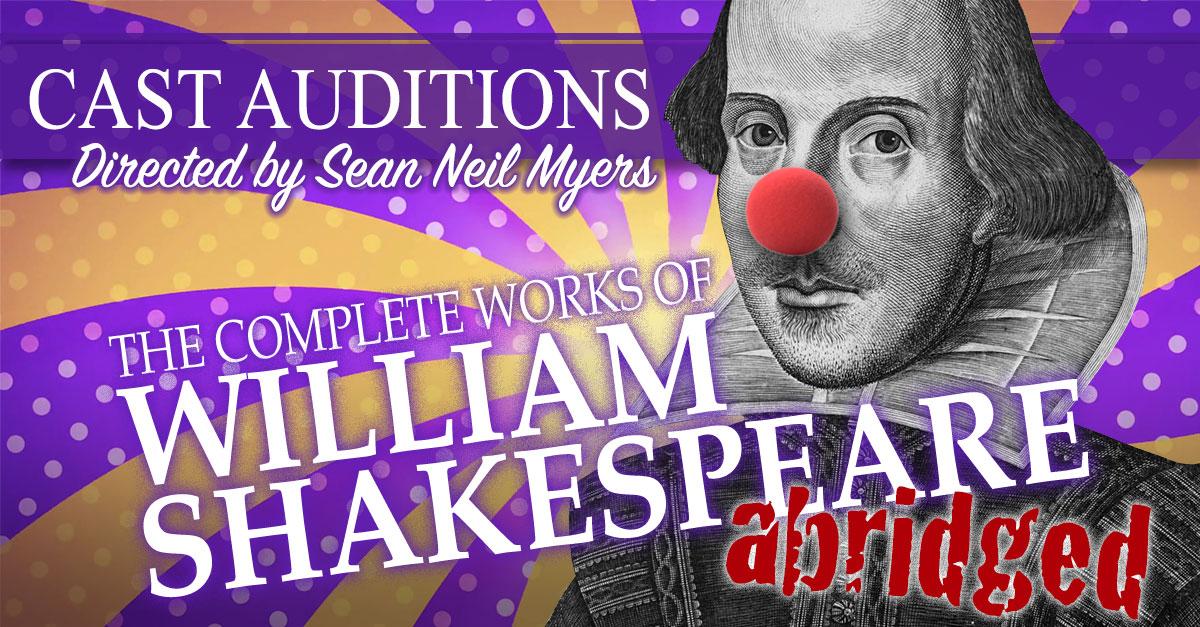 The Branson Regional Arts Council announces open actor auditions for their upcoming comedy play, The Complete Works of William Shakespeare Abridged! This hilarious and fast-paced comedy will be directed by Sean Neil Myers and will be presented live onstage at the Historic Owen Theatre and also live-streamed via the Internet.

Please prepare a short comedic monologue to present.  It can be from Shakespeare, but that is not required. We are auditioning both women and men for the three roles in this production. No specific age requirements, however, these roles are suited to adults or older teens. 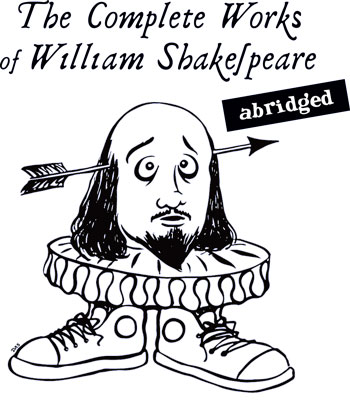 All 37 plays in 97 minutes! Three madcap players in tights weave their wicked way through all of Shakespeare’s comedies, histories, and tragedies in one wild ride that will leave you breathless and helpless with laughter. An irreverent, fast-paced romp through the Bard’s plays, THE COMPLETE WORKS OF WILLIAM SHAKESPEARE (ABRIDGED) was London’s longest-running comedy.

To celebrate the 20th anniversary of the classic farce, two of its original writer/performers (Daniel Singer and Jess Winfield) thoroughly revised the show to bring it up to date for 21st-century audiences, incorporating some of the funniest material from the numerous amateur and professional productions that have been performed throughout the world. The cultural touchstone that is THE COMPLETE WORKS OF WILLIAM SHAKESPEARE (ABRIDGED) was born when three inspired, charismatic comics, having honed their pass-the-hat act at Renaissance fairs, premiered their preposterous masterwork at the Edinburgh Festival Fringe in 1987. It quickly became a worldwide phenomenon, earning the title of London’s longest-running comedy after a decade at the Criterion Theatre.