Blog - Latest News
You are here: Home1 / Adult Programs2 / Auditions for The Tempest by William Shakespeare 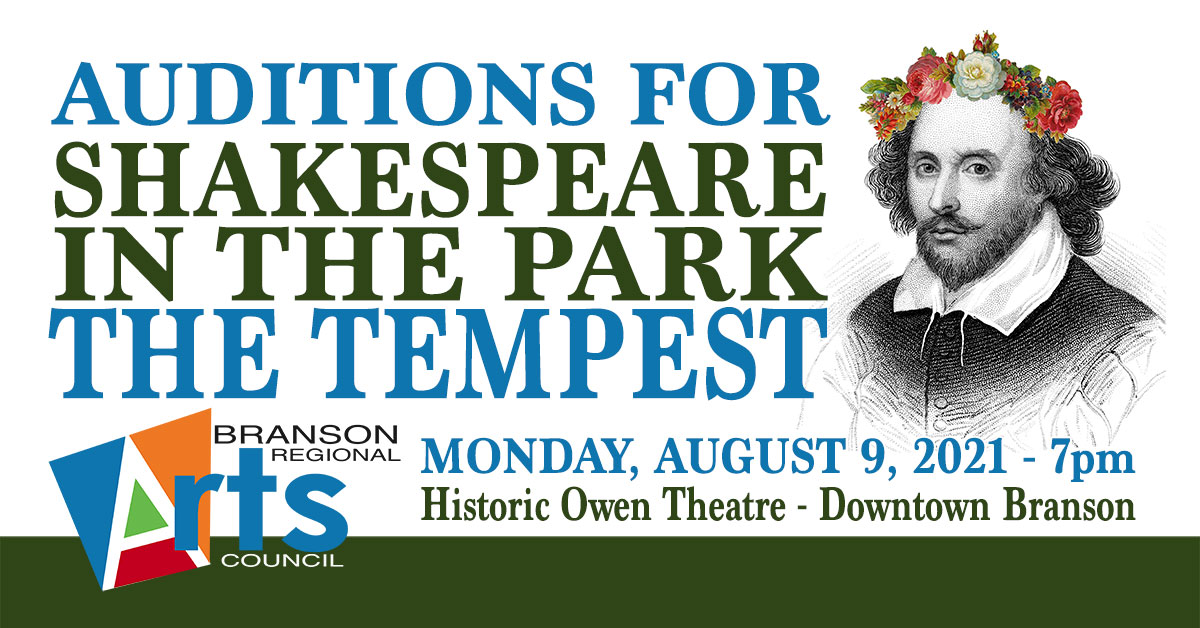 The Branson Regional Arts Council announce open auditions for The Tempest by William Shakespeare and under the Direction of Justin Ables.

If you cannot make the audition, please submit online and send your audition to Justin.Michael.Ables@gmail.com

Four  public performances will take place on September 26-27 and October 3-4, 2021 in Chad A. Fuqua Memorial Park in Hollister, Missouri.

Shakespeare’s comedy about a major act of betrayal, ill treatment, the development of magic arts and a plot of revenge.

Twelve years ago, Prospero was Duke of Milan. Being of a bookish disposition, he withdrew more and more into his studies, leaving the management of his state to his brother Antonio. Eventually, with the help of Alonso, King of Naples, and the King’s brother Sebastian – inveterate enemies of Prospero – Antonio usurped the dukedom for himself. Prospero and his baby daughter Miranda were put to sea in a rotten boat and eventually landed on a distant island once ruled by the witch Sycorax but now inhabited only by her son, Caliban, and Ariel, a spirit.