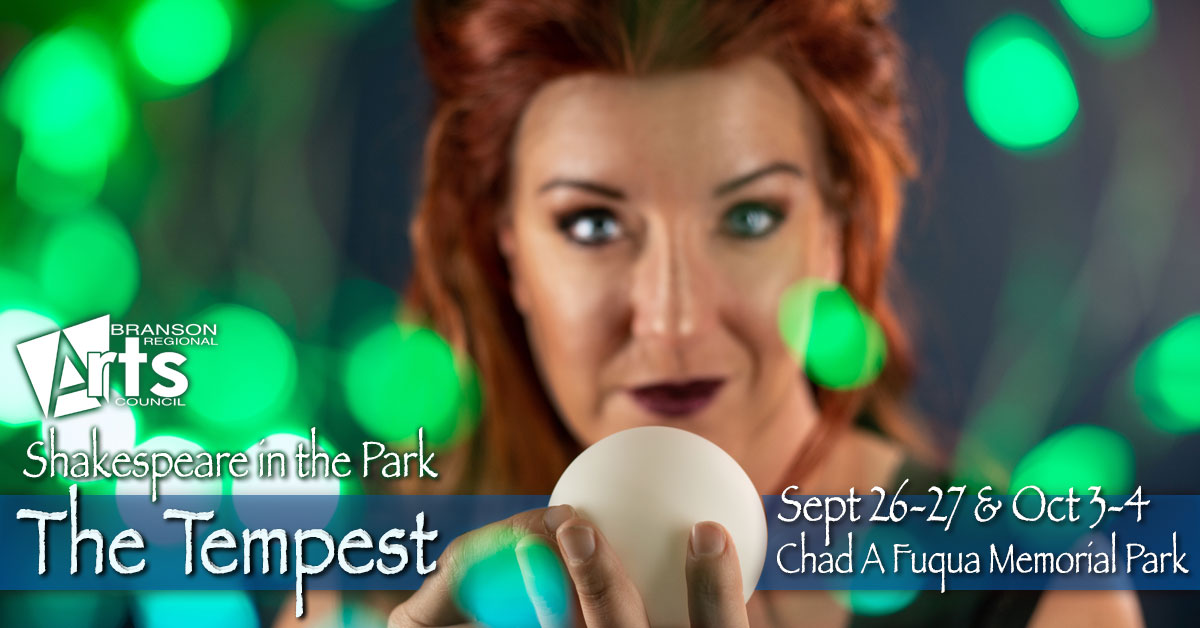 The Branson Regional Arts Council is thrilled to once again host it’s 4th Annual Shakespeare in the Park production of The Tempest.

Family friendly production!
Tickets are $10 (Adults 18+), $5 (Students with ID, or Youth 4-17)
Purchase in advance online via credit card, or cash at the gate.

Bring your own lawnchair or blankets as seating is open in the grass in front of the stage. Refreshments will be available but you may bring your own coolers. Jackets recommended as it may cool down in the evening. 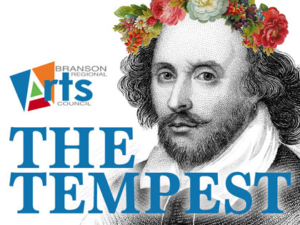 Summary of The Tempest: Prospero uses magic to conjure a storm and torment the survivors of a shipwreck, including the King of Naples and Prospero’s treacherous brother, Antonio. Prospero’s slave, Caliban, plots to rid himself of his master, but is thwarted by Prospero’s spirit-servant Ariel. The King’s young son Ferdinand, thought to be dead, falls in love with Prospero’s daughter Miranda. Their celebrations are cut short when Prospero confronts his brother and reveals his identity as the usurped Duke of Milan. The families are reunited and all conflict is resolved. Prospero grants Ariel his freedom and prepares to leave the island. 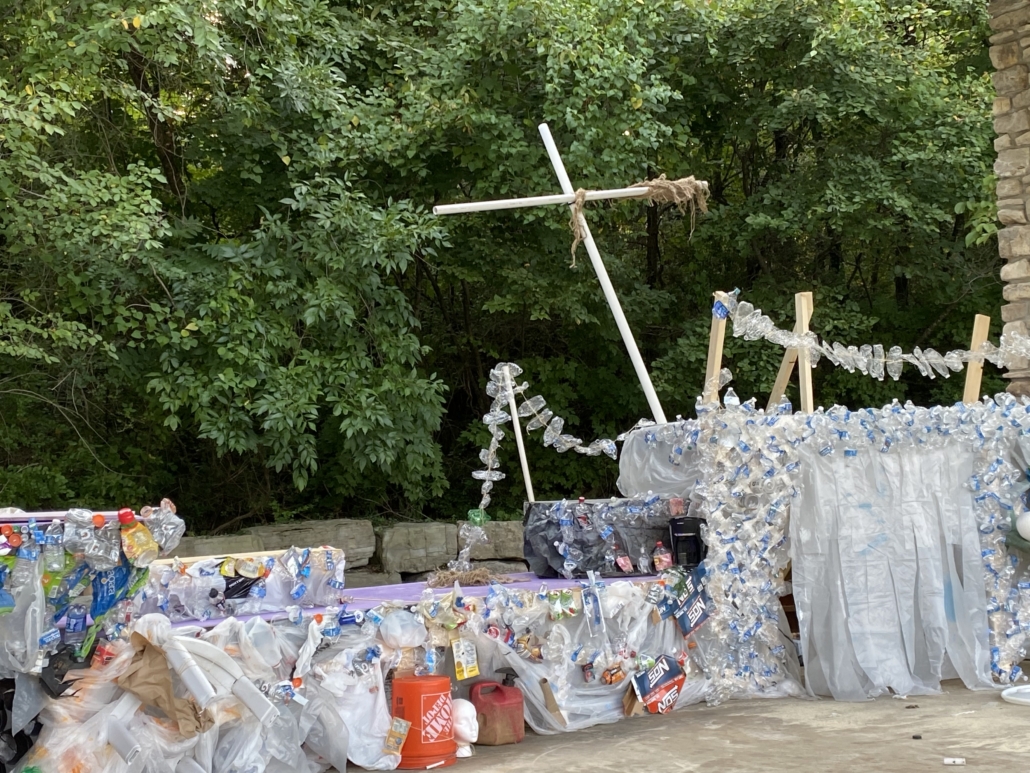 Recyclable trash helps to create the theatrical magic of The Tempest.

Past BRAC Shakespeare in the Park performances have been in cooperation with Forte Theatrical Productions and included A Midsummer Night’s Dream, Romeo and Juliet, and a Rock version of Hamlet. Each of these productions were held outdoors on the pavilion stage in Chad A Fuqua Memorial Park, and the Branson Regional Arts Council thanks the City of Hollister and the Hollister Parks Department for their support and cooperation in making these community events possible.