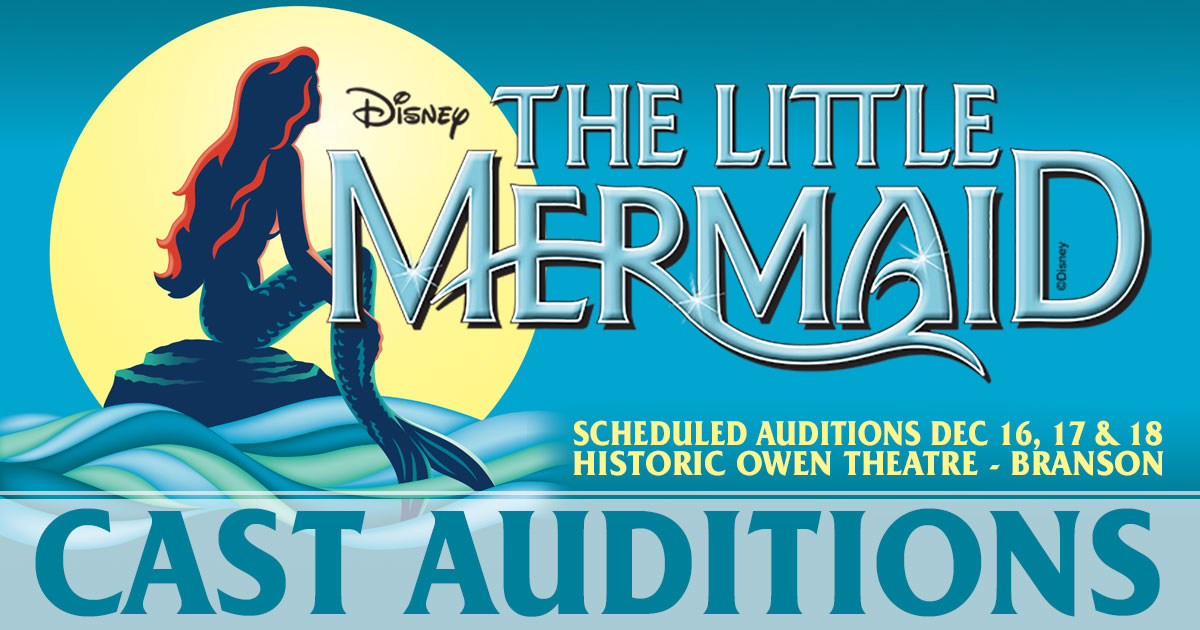 The Branson Regional Arts Council is holding open auditions for their February 2022 live musical theatre production of Disney’s The Little Mermaid on December 16, 17 and 18, 2021 at the Historic Owen Theatre.

Scheduled auditions will be held in groups of ten per hour, with a dance call run through during the last 15 mins of each group.

Click the button below or follow this link to register for an audition date and time slot.

There will be seventeen (17) public performances of The Little Mermaid from February 10 – 27, 2022. The rehearsal schedule will be discussed at each audition time. Some roles may be double cast to allow scheduling flexibility, and actors of all ages are encouraged to audition. This is a community theatre production and actors are not paid to participate, as is standard with all BRAC productions.

For additional information or questions, please contact Karie at edu@bransonarts.org.