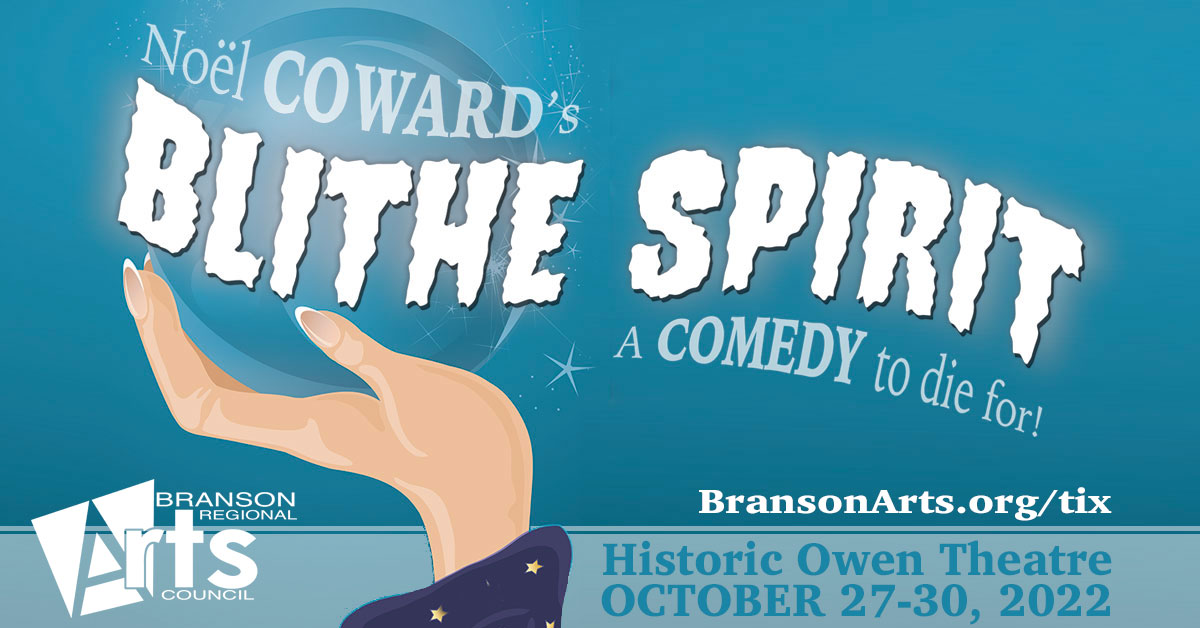 Seating is limited and advance reserved tickets are suggested at BransonArts.org/tix or by calling the Historic Owen Theatre box office at 417-336-4255. Admission for everyone is locally priced at $17 (Adults 18+), $14 (Youth 4-17). The production is Rated PG-13.

The smash comedy hit of the London and Broadway stages, this much-revived classic from the playwright of Private Lives offers up fussy, cantankerous novelist Charles Condomine (played by Josh Boulden), re-married but haunted (literally) by the ghost of his late first wife, the clever and insistent Elvira (played by Charis Boulden) who is called up by a visiting “happy medium,” one Madame Arcati (played by Jennifer Buttel).  Jennifer’s over the top, eccentric character is a role made famous by the late Angela Lansbury in both London’s West End, Broadway and national tour productions.

“A highly efficient laugh machine… Can still keep an audience in a state of tickled contentment.” – Ben Brantley, The New York Times

As the (worldly and un-) personalities clash, Charles’ current wife, Ruth (played by Heather Hinnen), is accidentally killed, “passes over,” joins Elvira, and the two “blithe spirits” haunt the hapless Charles into perpetuity. 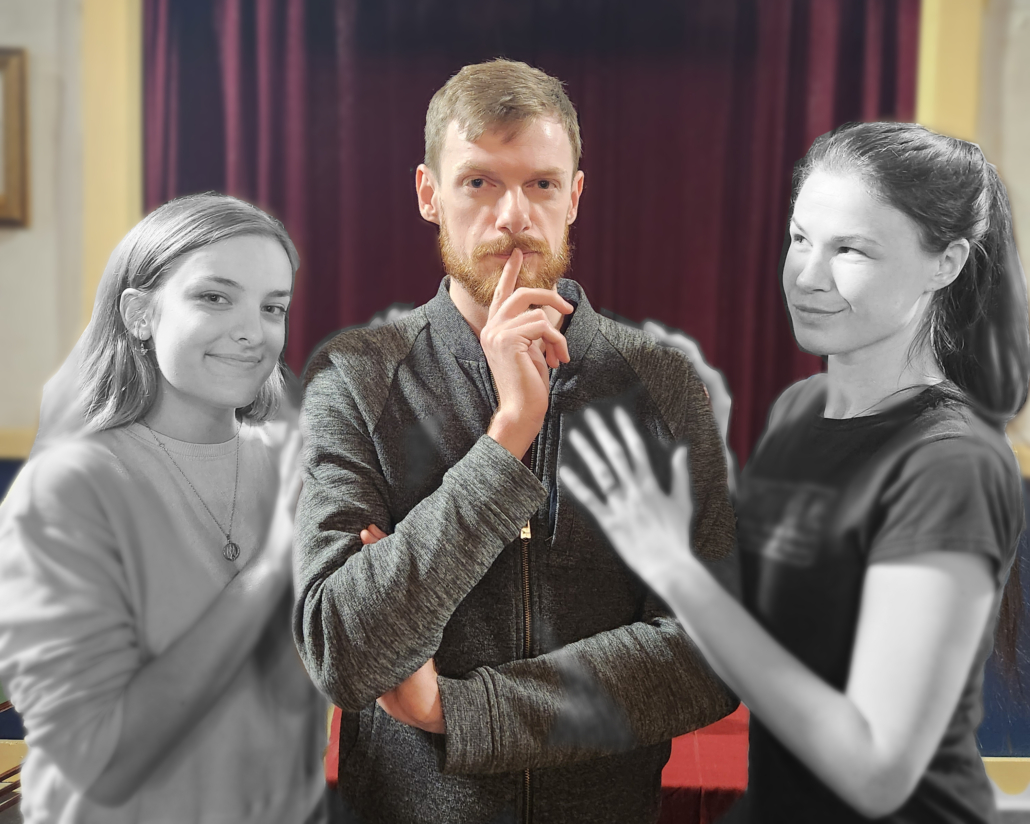