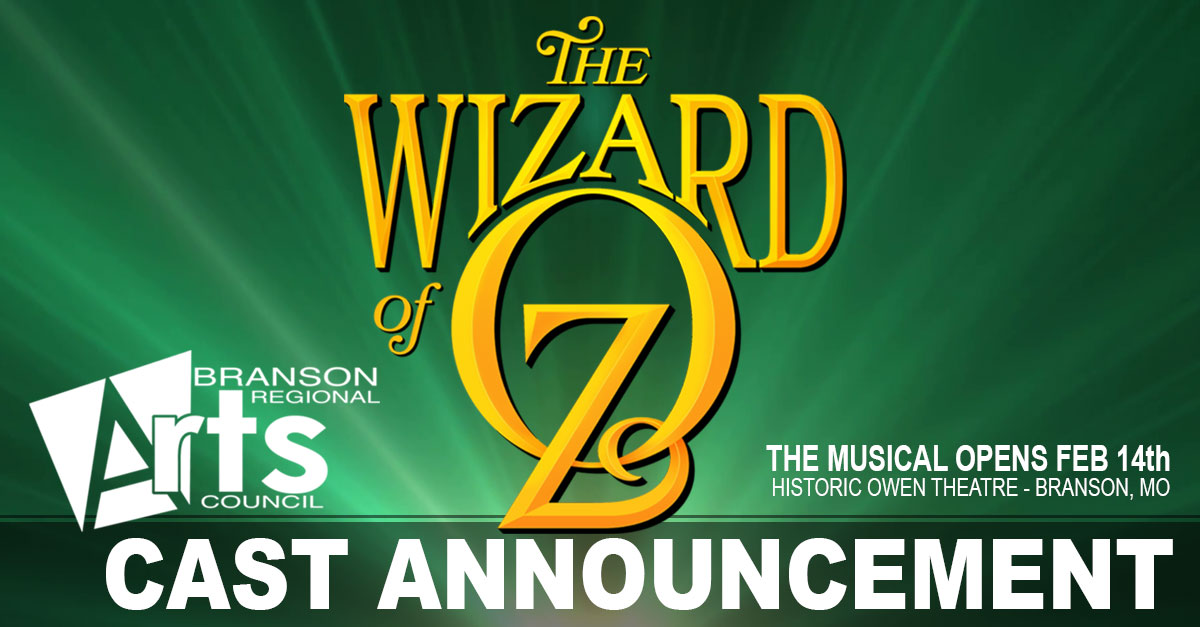 The Branson Regional Arts Council is excited to announce the cast of their 2020 opening musical, The Wizard of Oz. “Despite the cold weather, we had a great turnout for the auditions this week, and our show Producers and Directors had a real challenge in selecting just the right people for each role because everyone was so talented,” said Jim Barber, BRAC Executive Director. “For those who were not selected this time, please try out for one of our upcoming auditions as we would love to work with all of you.”

Congratulations to the following 32 cast members of The Wizard of Oz – The Musical:

Advance reserved seat tickets for The Wizard of Oz are on sale now at BransonArts.org/tix or by calling the Historic Owen Theatre at 417-336-4255. Show dates are from February 14 – March 1, 2020.