Blog - Latest News
You are here: Home1 / Arts News2 / Branson Goes Under The Sea With The Little Mermaid 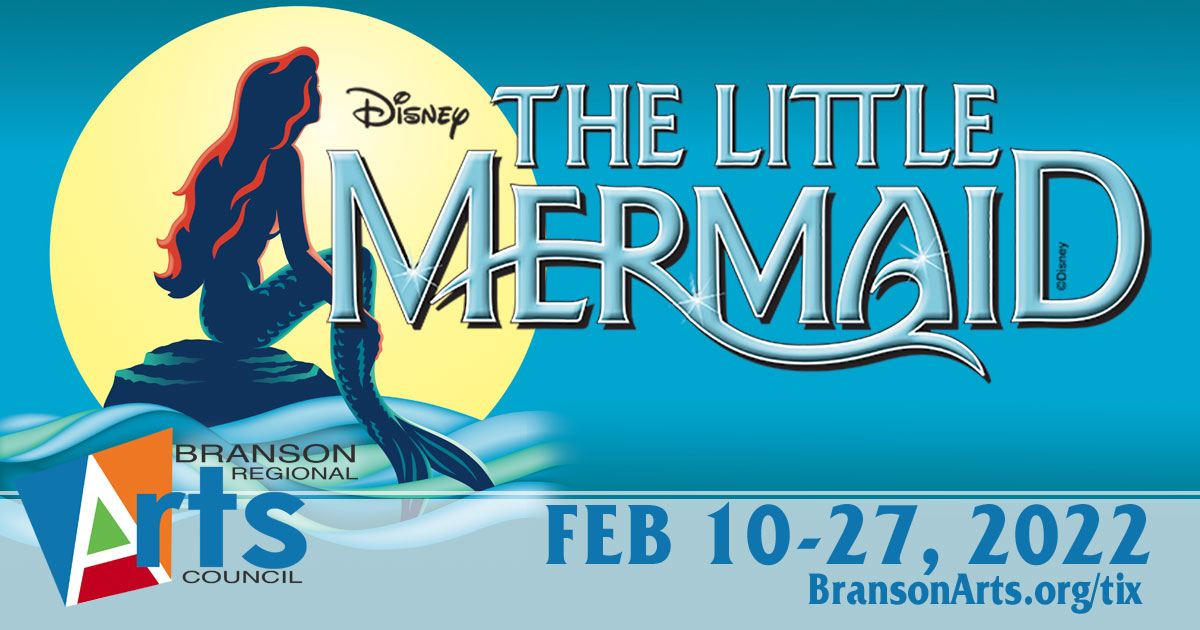 The Branson Regional Arts Council is excited to open the curtain on it’s 2022 Season of musical theatre this week in downtown Branson.

Disney’s The Little Mermaid opens Thursday evening at the Historic Owen Theatre with 17 public performances through February 27, 2022. Advance reserve tickets are recommended and can be purchased securely online at BransonArts.org/tix or by calling the box office at 417-336-4255.

In addition to the stage musical, a special art exhibition entitled “Under The Sea” will be on display in the Rock Room Gallery of the Historic Owen Theatre featuring original works by local area artisans Meike Aton, Barbara Buso, Jennifer Buttell, Jessica Lowe, Terena Terry, Suzanne Torguson and Wanita Williams. All displayed pieces will be on sale in support of these talented artists.

Directed by Jacob Deck, this family favorite musical transforms the Historic Owen Theatre into a magical kingdom beneath the sea, where the beautiful young mermaid, Ariel, longs to leave her ocean home to live in the world above.

The Branson cast 0f Disney’s The Little Mermaid are: