Blog - Latest News
You are here: Home1 / Arts News2 / Auditions For Blithe Spirit – A Hilarious Comedy Play At The Historic... 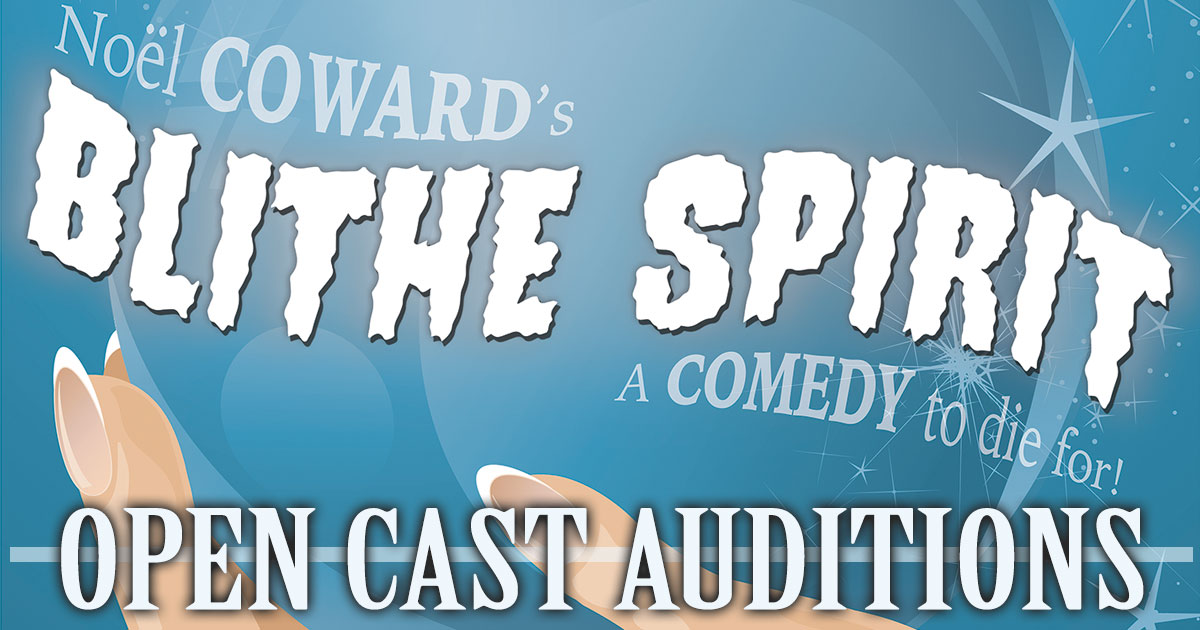 Audition Date: Sunday, September 4th, 6pm-8pm
Notes: You may be asked to stay the entire two hours.
No need to prepare anything as you will be paired with others to read sides from the play.
If you have a headshot and resume, please bring one, but we will also have audition forms that will be sufficient.

Please review the proposed rehearsal schedule below and make known conflicts with any and all rehearsals and performance days on your audition form.

Charles Condomine
Charles Condomine, a novelist. Charles is bright, sophisticated, articulate, and debonair
but somewhat at the mercy of his wives, past and present. His interest in spiritualism as a subject for a novel
leads Charles to ask Madame Arcati to dinner and a séance. He is skeptical but becomes a believer when the
ghost of his first wife appears—and stays.

Ruth Condomine
Ruth Condomine, Charles’s second wife. Like her husband, Ruth is witty and sophisticated,
and she is quite the society matron. Ruth is a bit stuffy and a little predictable. She is convinced that Charles has lost his mind when Elvira appears. Ruth acts as a concerned wife, trying to restore Charles to normalcy.

Elvira
Elvira, the ghost of Charles’s first wife. Only Charles can see or hear her. In life, Elvira was spirited,
outgoing, wild, and carefree. In death, she is no different; she socializes with Genghis Khan. She does love
Charles, if somewhat casually, and is jealous of Ruth.

Madame Arcati
Madame Arcati, the local spiritualist and medium. Elderly but spry, Madame Arcati comes
into the play talking to an eight-year-old contact on the other side. She truly is in contact with the other world
and inadvertently is the “medium” through which Elvira is called back to this one. She is eccentric, effusive and
boisterous.

Dr. George Bradman
Dr. George Bradman is a good friend of the Condomines who is invited to dinner and
the séance. He is entirely skeptical of anything to do with the occult but tries his utmost to go along with the
proceedings for the sake of Charles’ research.