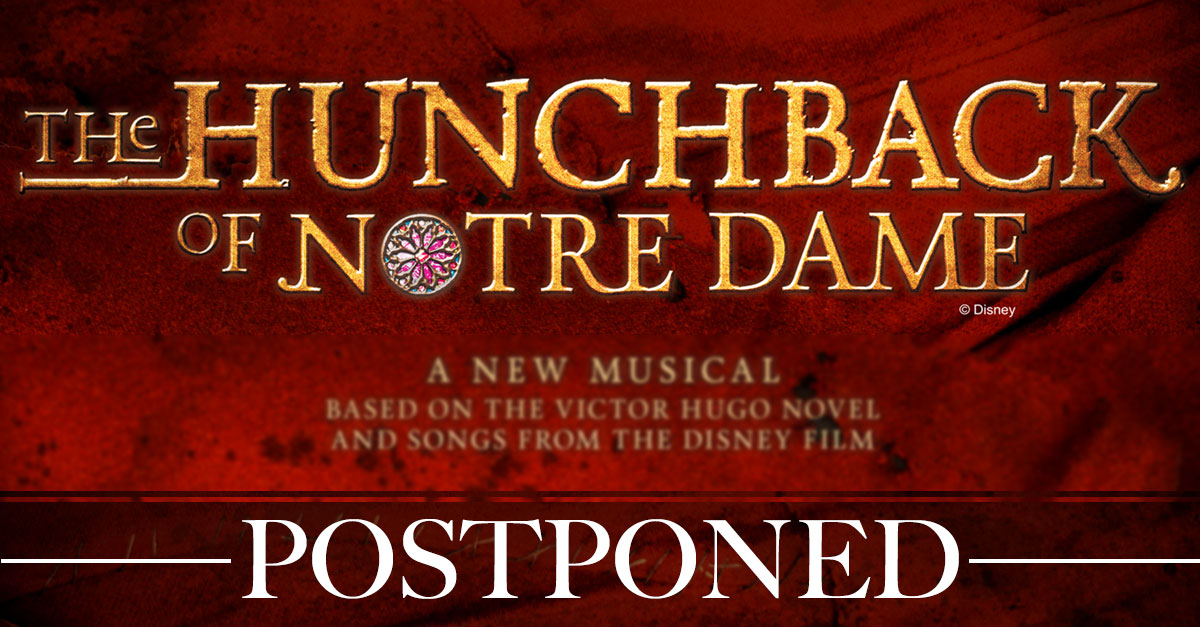 The Branson Regional Arts Council is indefinitely postponing the large cast production of Hunchback of Notre Dame that was scheduled to appear at the Historic Owen Theatre from October 14-24, 2021. There is no return date scheduled at this time but the production is in consideration for the 2022 season.

All current ticket holders for this production will be contacted and offered to have their tickets transferred to alternative productions instead.

“Concern for cast safety was the primary reason for pulling the Disney musical production from this season’s line-up. This particular musical would have been our largest cast of the year, and even has a full choir associated with the production.

Some of our talented actors and crew members had concerns regarding a huge cast on our small stage during a pandemic, and it was determined by our board of directors to be in the best interest of our patrons, actors, crew and volunteers if we hold off on this show while continuing to implement our effective safety protocols with our smaller cast shows.

We appreciate the understanding of our actors patrons as we continue to err on the side of caution during these challenging times for everyone.”
– BRAC Executive Director Jim Barber

BRAC Producers are currently considering a smaller cast replacement musical that would appear in late October at the Historic Owen Theatre.

The rest of the 2021 BRAC theatrical schedule remains on schedule as these are smaller cast productions.

Auditions For Carrie The Musical This Week
Scroll to top