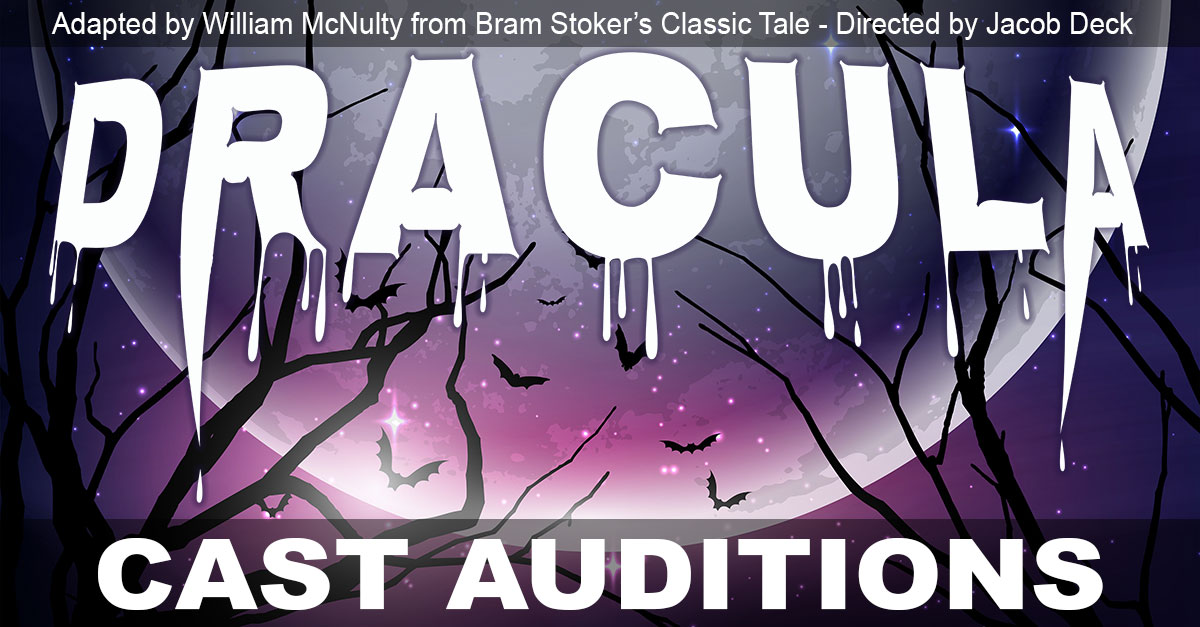 Actors over the age of 18 are invited to submit a video audition performing a short read for one or more roles they are interested in. The monologue script may be downloaded for printing by clicking this link.

Audition video links (YouTube, Google Drive, etc) or attached video files (under 8 MB) may be emailed to BransonArts@gmail.com. Please include a digital headshot and acting resume if available. Women who are only interested in auditioning for one of the brides, may just submit a headshot and resume as there are no spoken lines for those roles.

Video audition submissions must be received no later than 11:45pm on Wednesday, September 16th.

Under the Direction of Jacob Deck, this production is scheduled for five thrilling performances at Branson’s Historic Owen Theatre on Thursday, October 29th (7pm), Friday, October 30th (7pm & 11pm), and October 31st (2pm & 9pm). Advance audience tickets are on sale now at BransonArts.org/tix. All seat purchases will be social distanced for extra safety of the audience, therefore, seating for each production will be limited to approximately 50 patrons per performance.

Rehearsals are tentatively scheduled to begin on September 18th with sessions on Mon, Tue, Thur, Fri (6:30pm – 10pm) and Sat (9am-12pm and/or 2pm-5pm) at the Historic Owen Theater.

Professor Van Helsing and his brave comrades must hunt down and destroy the profoundly evil Count Dracula. But the Count is exceedingly resourceful, employing superhuman strength, psychic powers, and shape-changing to confound and frustrate his antagonists. Culminating in a wild and shocking confrontation between the King of Vampires and those who would rid the world of him, this adaptation is an action-packed, blood-soaked retelling of Bram Stoker’s classic tale of horror.