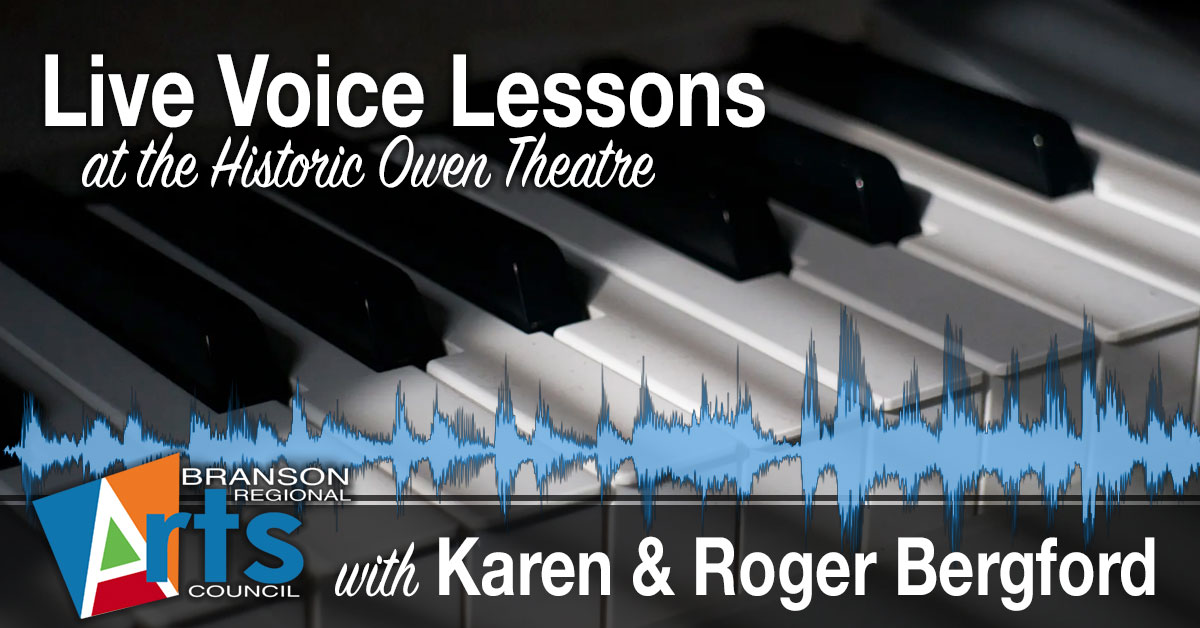 After a three month break due to the pandemic shutdown, the Branson Regional Arts Council is excited to announce that Roger and Karen Bergford are once again offering LIVE private voice lessons for students of all ages in various styles from classical to musical theater, pop, jazz, gospel, and country. Classes are available in 30 or 60 minutes sessions and will be held in the Rock Room Gallery of the Historic Owen Theatre. 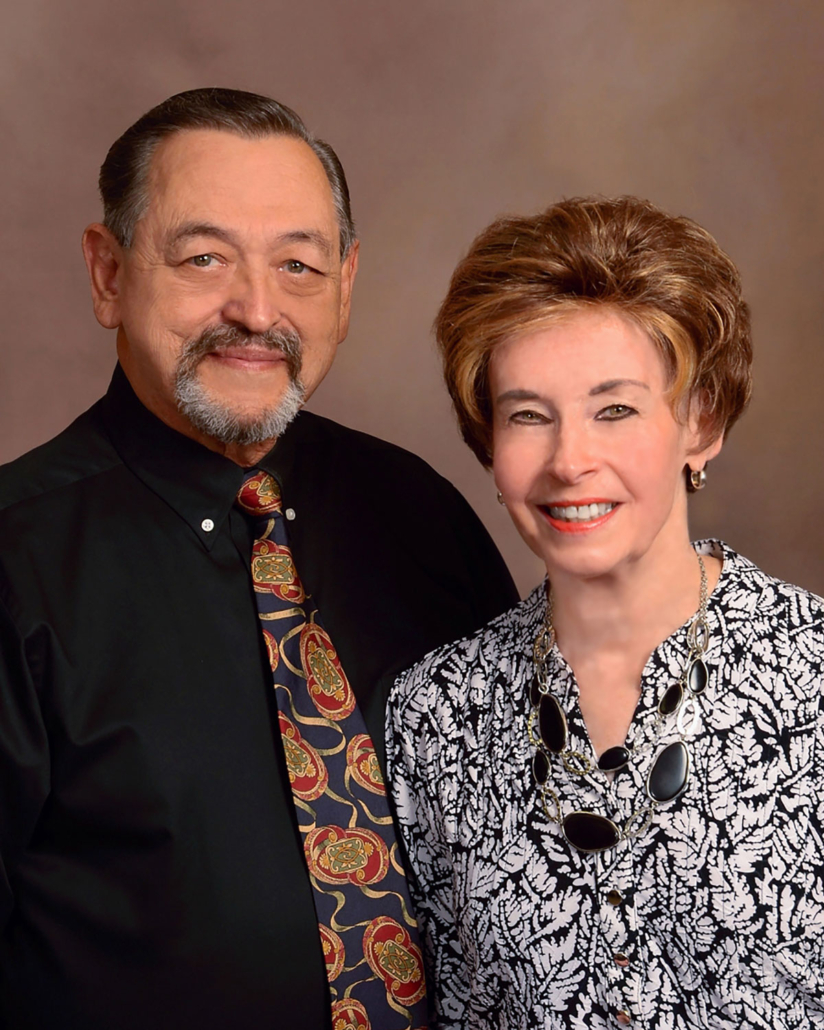 Interested parents or adult students should contact the Branson Regional Arts Council at 417-336-4255 or edu@bransonarts.org for more information on class scheduling and tuition rates.

A limited number of youth scholarships for Branson (65616) residents may be available for these classes.

All students will be required to follow the current health and safety protocols set forth by the Branson Regional Arts Council which include arrival temperature checks, masks when others are present, and social distancing in the classroom area.

After retiring as public school music educators in Colorado, the Bergfords moved to Branson in 2008 and began teaching 26 frontline singers in the Hughes Brothers “it” show, which won the Branson Show Award for “Best Show of the Year” (2009-2012).  In addition to working with the Hughes family, the Bergfords have also taught singers from The Haygoods and Jim Stafford Show casts, a backup singer with Andy Williams, and Voices of Glory, the top 5 finalists of America’s Got Talent (2009) who worked with the Michael Jackson/Boyz II Men manager, Qadree El-Amin. In 2017, the Voices of Glory were named “Vocal Group of the Year,” receiving both the prestigious Terry Award and the Branson Show Award.  Eighteen-year-old Nadia was  named “Female Vocalist of the Year.” The Bergfords were even invited to host a master class on a Bahamas cruise alongside Michael Jackson’s voice teacher in 2012.